Unity 3D is the world’s leading real-time creation platform, used to create nearly half of the world’s games. This is Unity’s official series of lesson modules designed to prepare you for the Unity Certified 3D Artist exam, the certification for 3D artists who work with the Unity platform. This comprehensive course will cover game development techniques including optimizing game assets, environment building, game testing, and game publishing. It will build overall problem solving skills for game development and prepare students for the Unity 3D Artist Certification Exam.

Duration: 60 Hours
Schedule: The schedule will be available after 10 December 2020.
The starting date will be not earlier than 11 January 2021.

Audience
Any 3D Artist who has limited experience with using Unity for real-time rendering for 1-2 years, and are ready to bring their existing skills up to a professional standard. 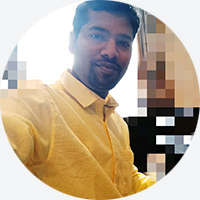 Ambidi is a Unity trainer and game designer with more, than 7 years of experience in the field.

He started his career in gaming organizations as a game developer.

Since 2014 till 2015 he has been taking a position of Senior Game Developer.

After this period he has been teaching Game Design, Game Development, tools like Unity Game Engine, Unreal Engine 4.

The trainings and the certification exams are completely free of charge for the participants.